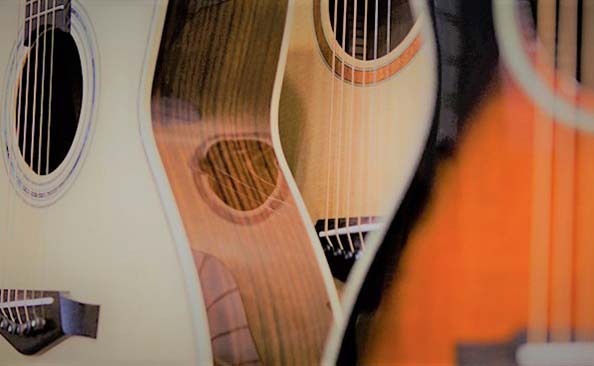 DAVE VERMOND
Dave has built his considerable reputation on finely-crafted songs that occupy a wide range of styles, subjects and emotions – all delivered with passion, wit and top class musicianship. Dave has fronted many bands, including The Upsiders and The Recidivists, but he’s best known for his affecting solo performances. A mainstay of the Otley Folk Festival for over 20 years, Dave is an excellent singer and guitarist; an all-round master of his trade.

NICK HALL
From touring the world as a session singer and guitarist, via a twenty-five year membership of near-legendary Yorkshire folk-rockers The Hall Brothers, to being one half of the award-winning duo Plumhall (with Michelle Plum), Nick is firmly establishing himself as one of Yorkshire’s finest singer-songwriters. His music is uncompromising and powerful, his lyrics finely crafted yet playful. A fine talent.

STEVE CHAPMAN SMITH
This local favourite has been called “Yorkshire’s answer to Steve Earle”, playing acoustic guitar and bouzouki, singing a variety of ballads, Americana, and blues; as well as his own stylish and original music. His most recent full length LP ‘The Outsider’ has been released to public and critical acclaim.