Brotherhood of Troubadours at Northern Guitars 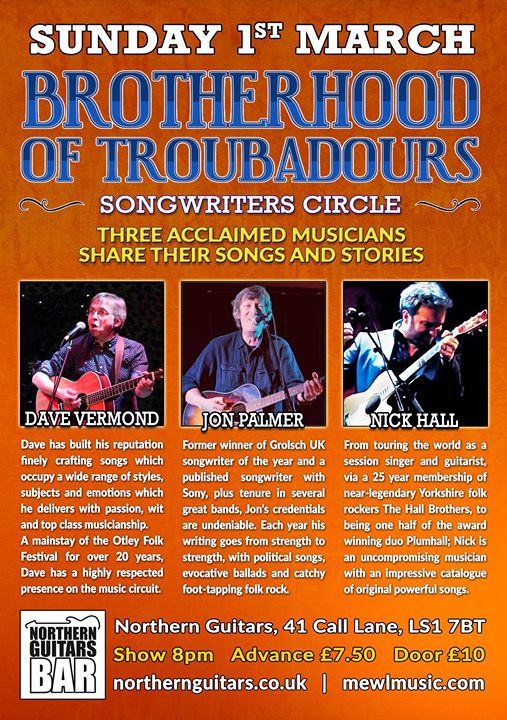 Jon Palmer: Former winner of Grolsch songwriter of the year and a published songwriter with Sony, plus tenure in several great bands, Jon’s credentials are undeniable. Each year his writing goes from strength to strength, with political songs, evocative ballads and catchy foot-tapping folk rock.

Dave Vermond: Dave has built his reputation finely crafting songs which occupy a wide range of styles, subjects and emotions which he delivers with passion, wit and top class musicianship. A mainstay of the Otley Folk Festival for over 20 years, Dave has a highly respected presence on the music circuit.

Nick Hall: From touring the world as a session singer and guitarist, via a 25 year membership of near-legendary Yorkshire folk rockers The Hall Brothers, to being one half of the award winning duo Plumhall; Nick is an uncompromising musician with an impressive catalogue of original powerful songs.